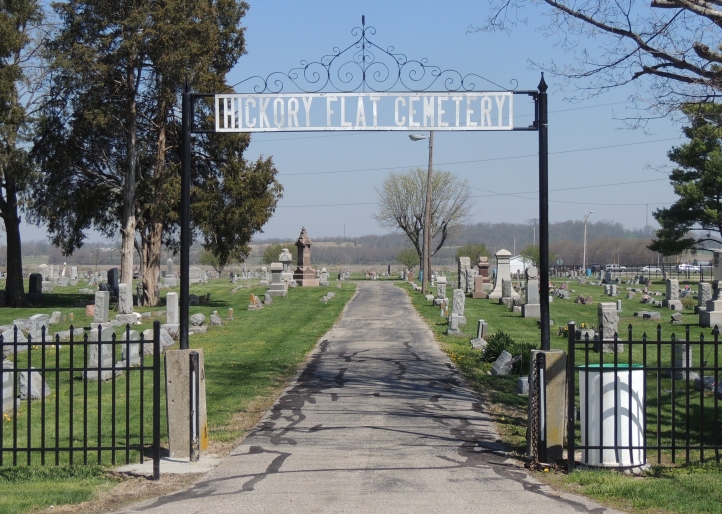 The so called Trenton Hatchet Man makes his home at the Hickory Flat Cemetery. Urban legend says that if you try to enter cemetery after dark, a man dressed in old, dirty clothes will chase you away. He is supposedly the old caretaker of the cemetery who was killed by a maniac with a hatchet. Where did said maniac come from, and what was his beef with the caretaker? I haven’t been able to figure that out, but now, in an odd twist of fate I suppose, the caretaker haunts the cemetery, and he now carries the hatchet. Some nights, if you drive by, people say you can hear him hitting a metal door on a mausoleum with the hatchet. There are said to be several hatchet marks on this door.

Aside from the fact that there are no mausoleums at Hickory Flat Cemetery, it sounds perfectly plausable to me. Besides the Hatchet Man chasing you off, the Trenton police will too, as you aren’t allowed in Ohio cemeteries after dark. So i would taunt the Hatchet Man from the sidewalk out front, just to be safe on all accounts.

Here’s some video that was recorded at Hickory Flat Cemetery