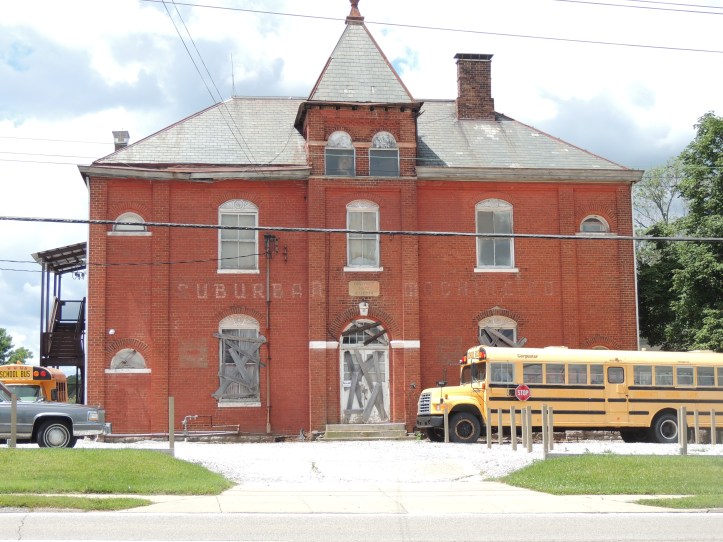 The Dent Schoolhouse, built in 1894, on Harrison Avenue in Dent, is one of Cincinnati’s most popular haunted houses, drawing huge crowds every Halloween season. It is also believed, by some, to be haunted for real!

Any online search you do about the place will give you the same basic story. Several of the School’s students disappeared between 1942-1952. The legend goes that people noticed an odd smell coming from the basement of the School House, but the School’s janitor, Charlie McFree, convinced them it was backed up pipes. Things calmed down, but then the smell started again in 1955, after 7 more children disappeared. This time a mob formed and broke into the basement, finding the rotting corpses of the missing students. Charlie the Janitor was immediately suspected, but no one was ever able to find him. So now the School reportedly is haunted by the ghosts of the murdered children, and Charlie’s still around, looking for more victims!

Of course, that’s just the made up back story for the haunted attraction. The problem is, a surprising number of people believe this to be a true story. Even the FAQ section of the Dent Schoolhouse website claims it really happened, and as I said before, this is the story you get from just about every site when you try to research the history. I’ll admit, I’m too lazy to actually go to the library or elsewhere and do further research on it, but a little common sense and deductive reasoning can tell you the story is fiction.

And what about the families? There would likely still be brothers and sisters around at the very least. Or even classmates. There would be someone out there who would have protested them using the story of their dead friends and family for a Halloween attraction, especially here in Cincinnati.

The Dent Schoolhouse is a great haunted attraction, but don’t confuse fantasy with reality. Charlie the janitor is a fun story, but he never existed.

The Dent Schoolhouse is located at 5963 Harrison Ave. Check out their website HERE.

This is a privately owned business, open to customers during hours of operation. They have started doing ghost hunts, so contact them for info. 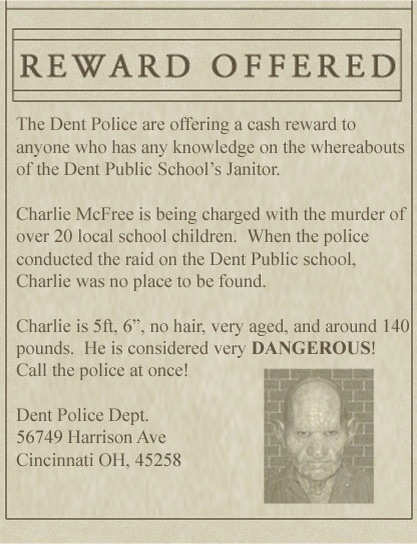