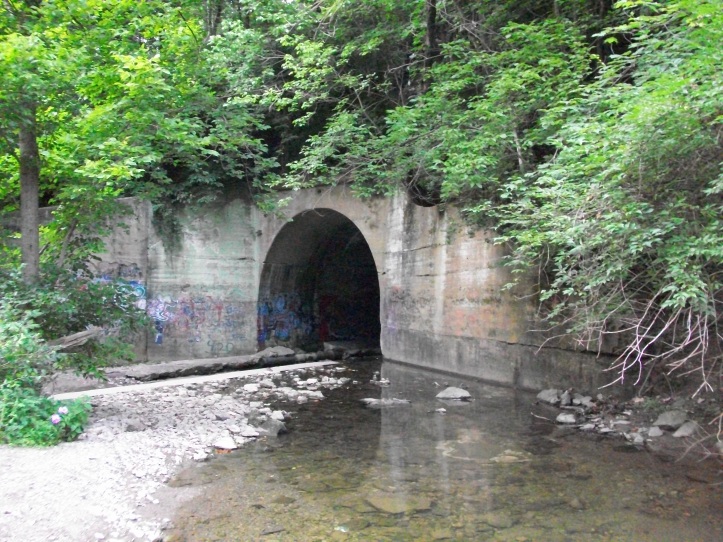 The Allendale train tunnel is located south of Cincinnati, in the woods behind the Allendale trailer park in Elsmere, Kentucky. Some years ago, legend says a man hung himself from a hook that is set above the tunnel entrance. Now, his ghost is said to walk the tunnel, or some say, appear still hanging from the hook. There are also reports of disembodied voices, as well as screams coming from inside the tunnel.

There is sometimes confusion with finding it because it’s known as a train tunnel. No train runs through it. It’s actually a tunnel for the stream that runs under the tracks. To reach it, you must enter the woods, travel down a hill, and follow a stream to reach the location. Heavily spray painted and littered, it’s obviously been a teen hangout for years.

There is a hook above both entrances, so at least that part of the legend is true, But who knows if anyone hung themselves from either one. Good luck finding it, it can be a pain to get to.