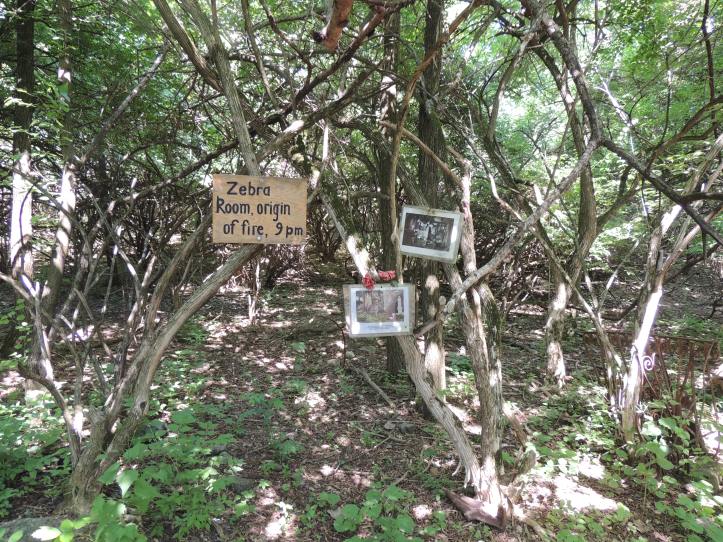 No ghost stories here (that I’ve heard of), but plenty of tragedy. On this site, on May 28th, 1977, the Beverly Hills Supper Club caught fire, killing 165 people and injuring over 200. The Beverly Hills was a major attraction, about  two miles south of Cincinnati in Southgate, Kentucky. It drew talent from all over the country, and was a popular nightspot and illegal gambling house as early as 1937.

There were about 3,000 patrons and 182 employees at the club the night of the fire. Singer and actor John Davidson was getting ready to perform in the Caberet Room. There was an award ceremony going on in another part of the club, a wedding reception in the Zebra Room,  and the other bars and restaurants in the club were full of people also. It seems the fire started in the Zebra room, and was discovered around 9:00. The fire department showed up within a few minutes, but the fire spread too quickly, and was consuming the building before it could be completely evacuated. The bodies of those that couldn’t be evacuated were later found piled up by the main entrance. Firefighters concentrated on the Cabaret Room where it was known that many people were trapped, but at midnight the roof had collapsed, and authorities doubted any more survivors would be found.

Faulty wiring was later determined to have been the cause, but a number of other things played a part in the outcome. Overcrowding, inadequate exits, locked exits, lack of sprinklers, and no fire walls being some of them. There was also allegations of arson, but these were never proved. We actually spoke with Shirley Baker, an employee who was working the Zebra room that night, and she insists the fire was arson, even claiming to have been threatened over the years in order to keep her quiet about what she saw that day. True or not, she had some interesting stories.

Take I-471 south, take exit 2 at Alexandria Pike. Turn left, and Beverly Hills Drive is up a bit on the right.

Normally, no. The site is off limits, though usually open to the public once a year for the anniversary memorial service.