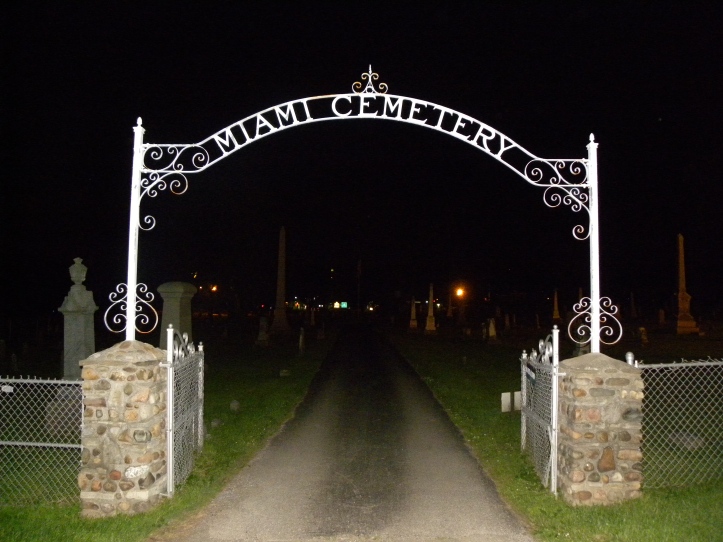 This cemetery, located in Miamitown, is a mixture of a few different cemeteries that were moved to one location. When the land was needed for other things, the bodies at these cemeteries were dug up, and reburied here. It’s been said that if you drive past the cemetery at night, you will see a little girl in a white dress moving among the headstones. She will either disappear when you notice her, or be visible until you try to approach her. Many people also just report feeling creepy or not right once inside the cemetery gates…but, it is a cemetery, so what do you expect?

There’s no real back story here as to who the little girl is, or why she hangs out at the cemetery. Having driven past there several times at night, I’ll admit to catching a glimpse of something white moving among the headstones a time or two. However, turns out all I was seeing was headlights reflecting back from some of the stones. Most Ohio cemeteries are closed after dark, but this one is sort of the exception to that. As long as you stay to right side of the cemetery in relation to the walkway that cuts through it, your safe. The other half  is, in fact, closed at night. 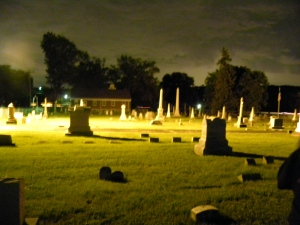