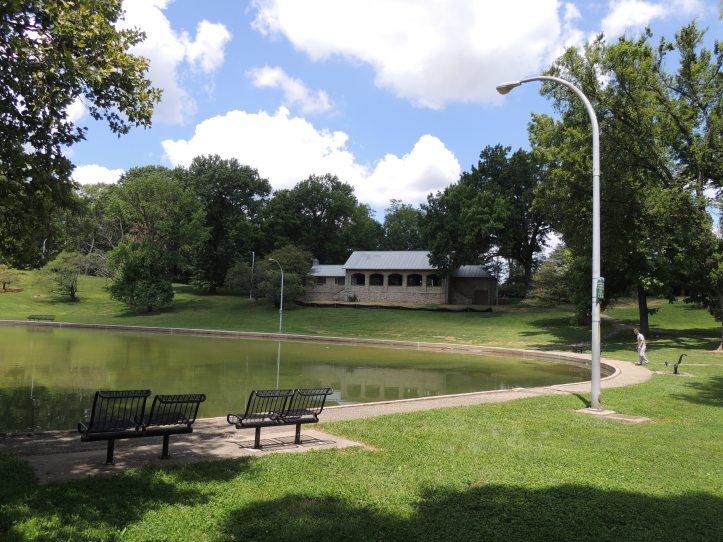 Rapid Run Park is another one of those locations that somehow got a reputation for being haunted, without anyone knowing why. Originally called Lick Run Park, it was built in the 20’s and renamed Rapid Run Park in the early 40’s. It’s best known for its pavilion and reflecting pond, but the supposed ghosts are said to hang out elsewhere.

All the spectral sightings take place at night (as one would expect), and always in one of 3 areas. There’s said to be a little boy who hangs out and plays on the swing set at the top of the hill. Even when he’s not actually seen, some report the swings will start moving by themselves. Others claim to see figures near the shelter by the baseball field, that will disappear before their eyes. And lastly, somehow the Native Americans have been brought into it, as some say they see the spirits of them roaming the woods at the back of the park.

The only reason I can think of that the park got its reputation as being haunted is due to the fact that there are cemetery’s all around it. Next to it, across the street from it, and the Price Hill Potter’s Field behind it. In fact, I thought I read somewhere once that part of the original Potter’s Field was actually on park property. I may be wrong on that, as I couldn’t find anything about it when I looked this time. But it’s entirely possible, as the two are right next to each other.

The park closes at 10:00 pm, so get your ghost hunting in before then. It’s located at 4450 Rapid Run Parkway.

This is a public park, open to visitors during hours specified by them. After hours, it’s trespassing.